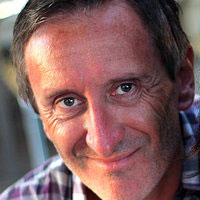 Eric is a french blogger, tech and social media consultant, who runs several websites. The most well-known is Presse-citron, a blog dealing with new technologies, mobile web and social media. Presse-citron is one of the most read personal blogs in France and french speaking countries, with more than 1 million monthly unique views, 52.000 RSS subscribers and 52.000 Twitter followers.

Next to his near full-time professionnal blogging job, Eric helps companies in their social media and SEO strategies. He has been working with Sony, Samsung, LG, Orange and other smaller companies, as well as his city, Lyon, for its city online branding.